The first adult emerged today (June 2) from the group of caterpillars I collected last year in the Manastash hills southwest of Ellensburg, WA.  I wasn't sure if they were going to be Hemileuca nuttalli or H. eglanterina, as both feed on bitterbrush and look very similar.  It turned out to be the latter, and I can't wait for the rest of the adults to emerge!  These moths fly during the day and look like clumsy but fast-moving butterflies when they zip past.  In higher elevations and cooler climates, they can take two years to complete their life cycle, overwintering as eggs and pupae. Adults emerging in mid- to late-summer lay eggs that overwinter and hatch in April or May.  Larvae feed for several weeks through the summer, then burrow into the ground and pupate in July or August. Adults then emerge the next year to start the cycle over again.
Larvae of all Hemileuca species have urticating spines, which means that they emit a chemical that irritates anything that touches the spines, causing an annoying rash or stinging pain depending on the level of contact.  The pain can last up to a half hour (personal experience!).

I have reared H. eglanterina four times from different locations in Washington. They are known to feed on a variety of shrubs. I have found larvae on rose (Rosa eglanteria or R. woodsii), snowberry (Symphoricarpos spp.), serviceberry (Amelanchier alnifolia) and bitterbrush (Purshia tridentata) and the larvae from all of those hosts readily moved between them in all larval stages.

Here are photos of the complete life cycle of the Elegant Sheepmoth/Buckmoth, Hemileuca eglanterina.  The eggs are from a female I found several years ago (she laid them on the inside of the cage zipper!), the rest of the photos are of the group I found last year, ending with the adult male that emerged today. 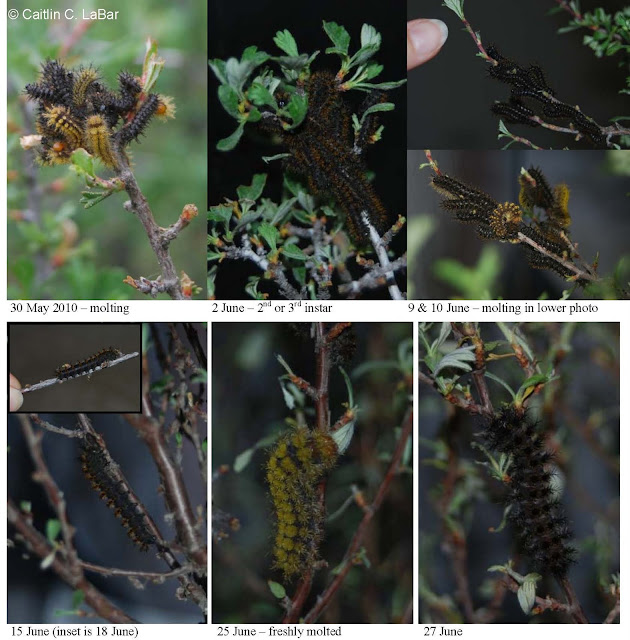 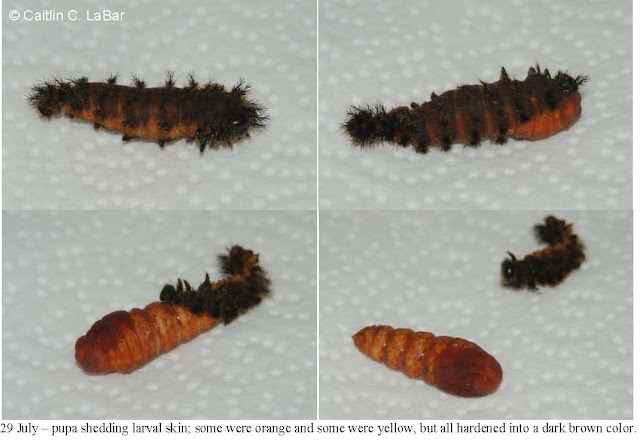 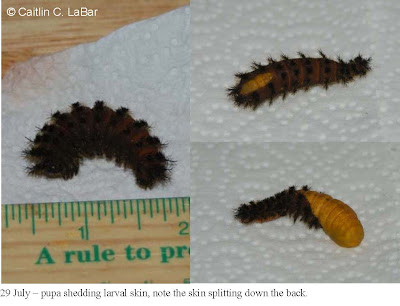 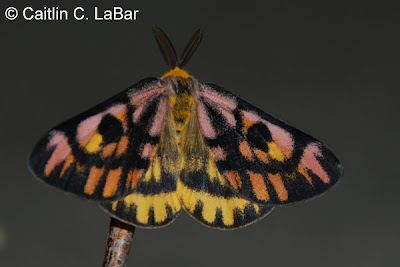 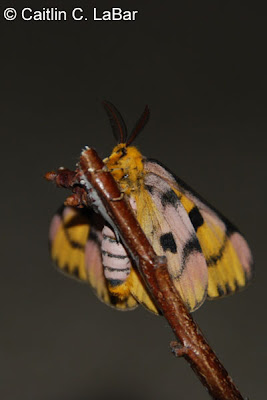 Posted by Caitlin LaBar at 8:01 PM