Where do they go in the winter?

Ever wonder where all the butterflies and moths go during the winter? For insects, as well as some other animals, this period of winter dormancy is referred to as diapause, as opposed to true hibernation.  The term hibernation is often used to describe overwintering in general, but the specific definition is for an animal that builds up lots of body fat to sustain it during the winter, and experiences a significantly decreased heart rate and body temperature during the dormant period.  Diapause is a delay in development, and is the result of very specific stimuli. Wikipedia has a thorough description of diapause if you care to learn more.
Depending on the species, butterflies and moths overwinter in either the egg, larva, pupa, or adult stage.  Skippers (family Hesperiidae) generally overwinter as either a larva or pupa.  Most swallowtails (Papilionidae) overwinter as a pupa.  Whites and sulphurs (Pieridae) generally overwinter as larvae or pupae, except for the pine white (Neophasia menapia) which overwinters in the egg stage. Most coppers and some hairstreaks (part of Lycaenidae) overwinter as eggs, while other hairstreaks and most blues (also Lycaenidae) overwinter as larvae or pupae.  Species in the Nymphalidae family greatly vary, with the fritillary and checkerspot species generally overwintering as larvae, tortoiseshells and anglewings as adults, and wood nymphs and arctics as larvae or pupae.  These variations in overwintering stages factor into the emergence times of the adults, since species that overwinter as pupae or adults are usually the first butterflies and moths seen in the spring, while the overwintering larvae and eggs must finish their development before emerging as the more visible adult stage.
Have you wondered why the familiar woolly bear caterpillars always seem to be everywhere in September and October, but you never see them when they are smaller?  That is because the caterpillars feed on alder and other broadleaf trees where one normally wouldn't notice them, but in the fall they leave the trees and begin searching for a good place to spend the winter.  Unlike many other moth species whose caterpillars find such places in the fall and spin cocoons, woolly bears overwinter as the caterpillar (larva) and do not spin a cocoon and pupate until late winter or early spring.  The adult moth is not well known compared to the caterpillar, so many people don't realize that the "Isabella moth" is actually the adult woolly bear.  It is in the tiger moth family, Arctiidae, and is creamy yellow to orange, with dark orange to black speckles.  There are several species in this family that have similar-looking caterpillars to the familiar black-orange-black pattern; some have yellow instead of orange between the black bands, and some have long white hairs in the black bands, but I'll save further details for another blog!
For now, I'll leave you with some photos of what are currently overwintering in my outdoor storage closet, waiting for warmer weather to display their beautiful wings (see Rearing Lepidoptera for more information about my rearing projects).  Click on the names to see pictures of what the adults will look like.

In case you were wondering, the title photo of my blog is of mudpuddling snowberry checkerspots, Euphydryas colon, in the hills above Reecer Creek Canyon north of Ellensburg, WA.   This species was formerly known as Euphydryas chalcedona, and the subspecies colon was only attributed to the populations in southwestern Washington into western Oregon (E. chalcedona colon).  Recent research however, has placed them back into a full species with a new common name ("snowberry" instead of "chalcedon" or "variable"), and those populations in SW WA and OR are now known as E. colon colon.  The populations found in central WA, such as the individuals in the photo, are referred to as the central WA cascades segregate of E. colon (see BofA page), and are currently being studied to determine how they should be named (one or multiple subspecies, or an entirely new species).
Life history - snowberry checkerspots overwinter (diapause) as early-instar larvae, in tent-caterpillar-like webs they spin among loose rocks or leaf litter below their host plants (species of penstemon and snowberry). The larvae emerge in the spring and begin feeding on the host leaves, and pupate in late spring. The adults emerge about ten days later, with a peak flight (highest numbers) usually in July.  Adults nectar on flowers, and in the Reecer Creek area seem to prefer Eriogonum species and yarrow.  After mating, the females lay their eggs in clusters on the leaves of their chosen host plant.  The adults die about ten days after emerging from the chrysalis, leaving the newly emerged larvae to continue the cycle.

Some of my favorite birds

While I'm sorting through my many folders of butterfly photos, and taking photos of specimens in my collection, here are a few photos of my favorite birds I've recently seen (click on the pictures to see a larger version)... 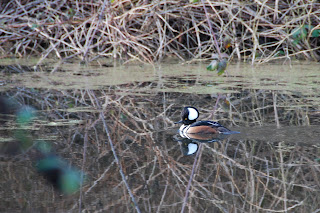 Tundra swans at Ridgefield, a common sight in the winter 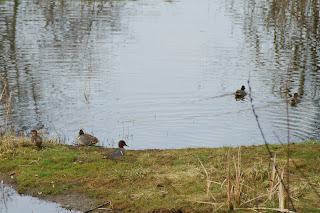 Green-winged teals visiting the pond by my apartment 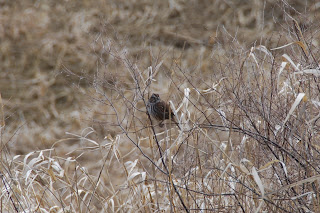 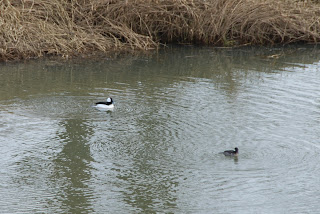 Buffleheads (male and female), these and another pair have been hanging out in the slough near where I live. I never get over how cute they are! 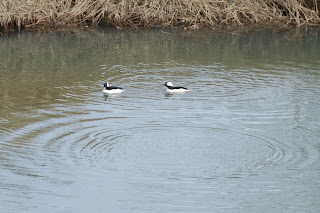 The two male buffleheads; one of the females just dove, leaving the ring of ripples
Posted by Caitlin LaBar at 7:00 AM 1 comment:

This blog is the first step to creating my own webpage that will eventually contain more detailed information about observing, rearing, and collecting butterflies and moths in the Pacific Northwest.  My goal is to post a new entry at least once a week, on topics involving personal observations, how-to guides, "biographies" of local Lepidoptera species, and photographic journals of my exploits.
I will primarily stick to Lepidoptera-related topics, but during the winter I may stray more to birds, as I like to visit local wildlife areas to photograph the overwintering waterfowl and other wildlife.
On the left side of the page, you will see other "pages" I have created, as well as a list of links to useful or just plain interesting websites.
To start things off, here is a glossary of words you will commonly see me using:
Lepidoptera - the insect family that contains butterflies and moths: "lepido" = "scale" and "ptera" = wing
Lepidopterist - a person who studies Lepidoptera
Entomology - the study of insects
thorax - the middle segment of an insect's body (head, thorax, abdomen). The wings and legs are attached to the thorax.
Dorsal - upper or top side (usually refers to the wing surface).
Ventral - lower or underside.
DFW, VFW, DHW, VHW - abbreviations for "dorsal front wing", "ventral front wing", "dorsal hind wing" and "ventral hind wing".