Weekend of Butterflies at the Sinlahekin!

This coming weekend I'll be leading a series of butterfly field trips at the Sinlahekin Wildlife Area (northern Okanogan County, Washington) as part of their 75th Anniversary Celebration this summer.  I've been frantically editing several hundred photographs over the past few weeks and finally finished several pages for a condensed field guide of Sinlahekin butterflies that I will hand out to participants this weekend.  I'm so thrilled to have finished it that I want to share part of it here. Sorry about the copyright watermark but because this will be part of a larger self-published book, I don't want it being circulated without credit... you'll have to come on a field trip if you want a clean copy :) and yes, there's a typo on the first page, I fixed it but don't have time to re-export these images for my blog at the moment.
The weather will be great for butterflies, but it's going to be hot so if you are planning to participate, bring lots of water!  There will be several nets available if anyone wishes to use them during the field trip, but we will be visiting several places that should provide good photo-ops of butterflies on mud and flowers, and hopefully some caterpillars.
Visit the WDFW page for more info on this and other events:
http://wdfw.wa.gov/lands/wildlife_areas/sinlahekin/75thanniversary.php 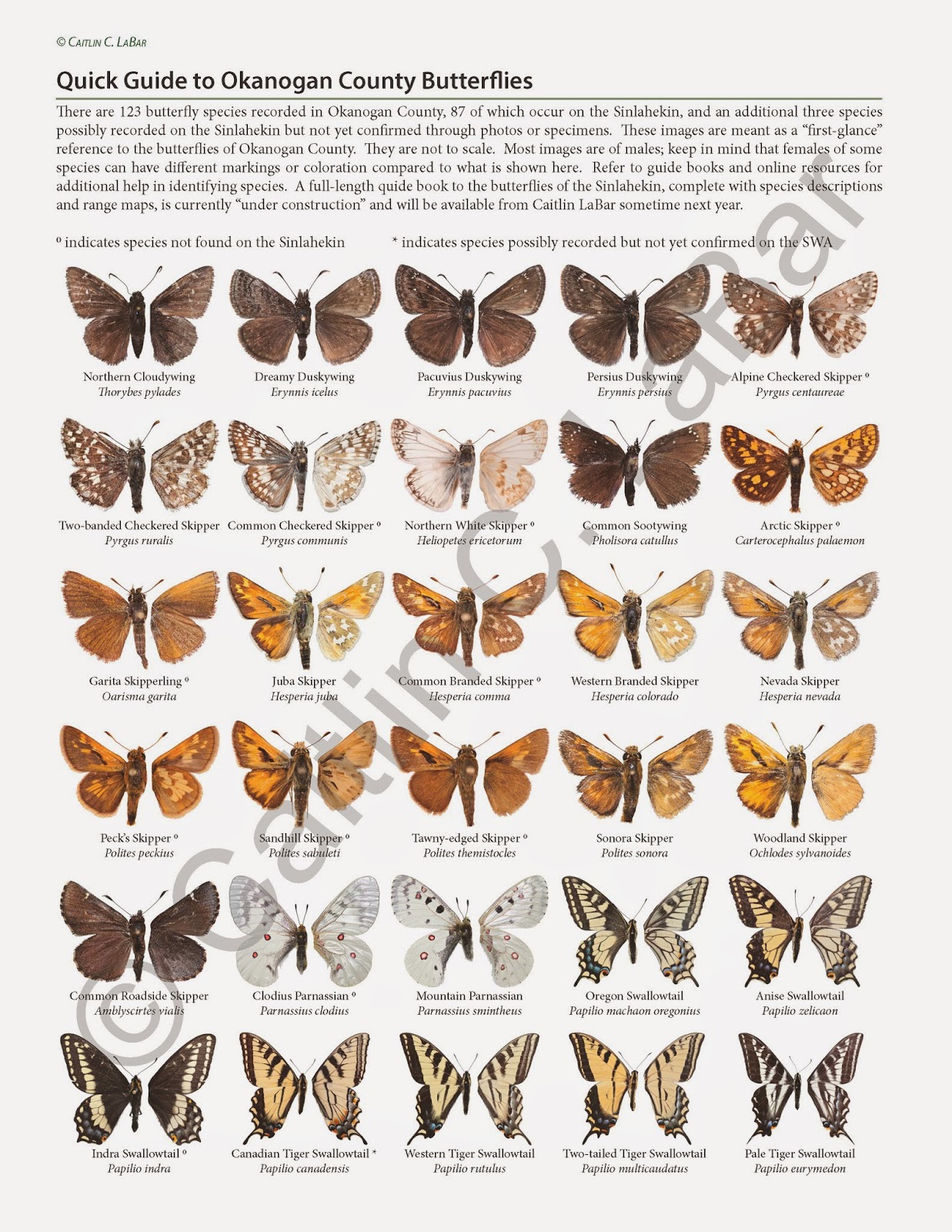 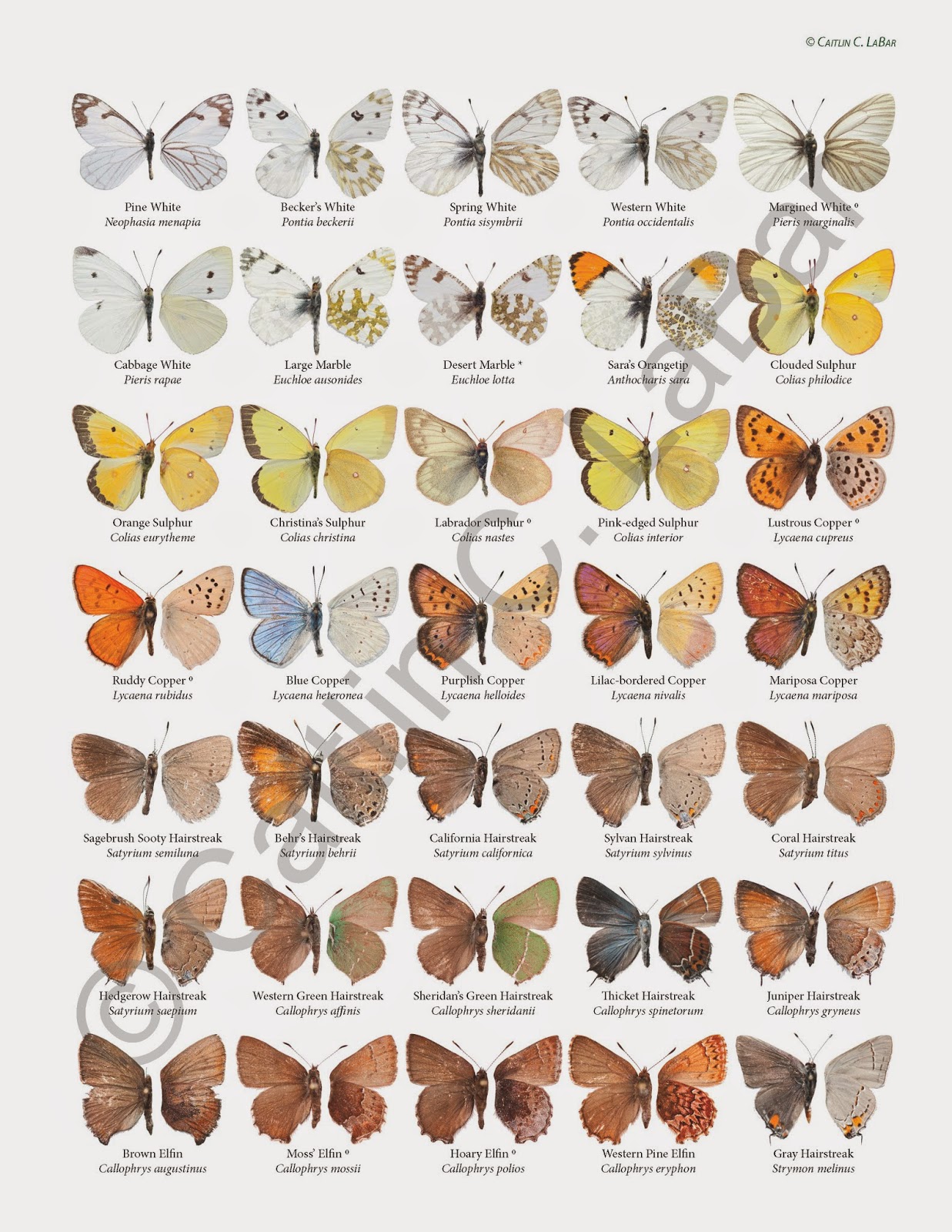 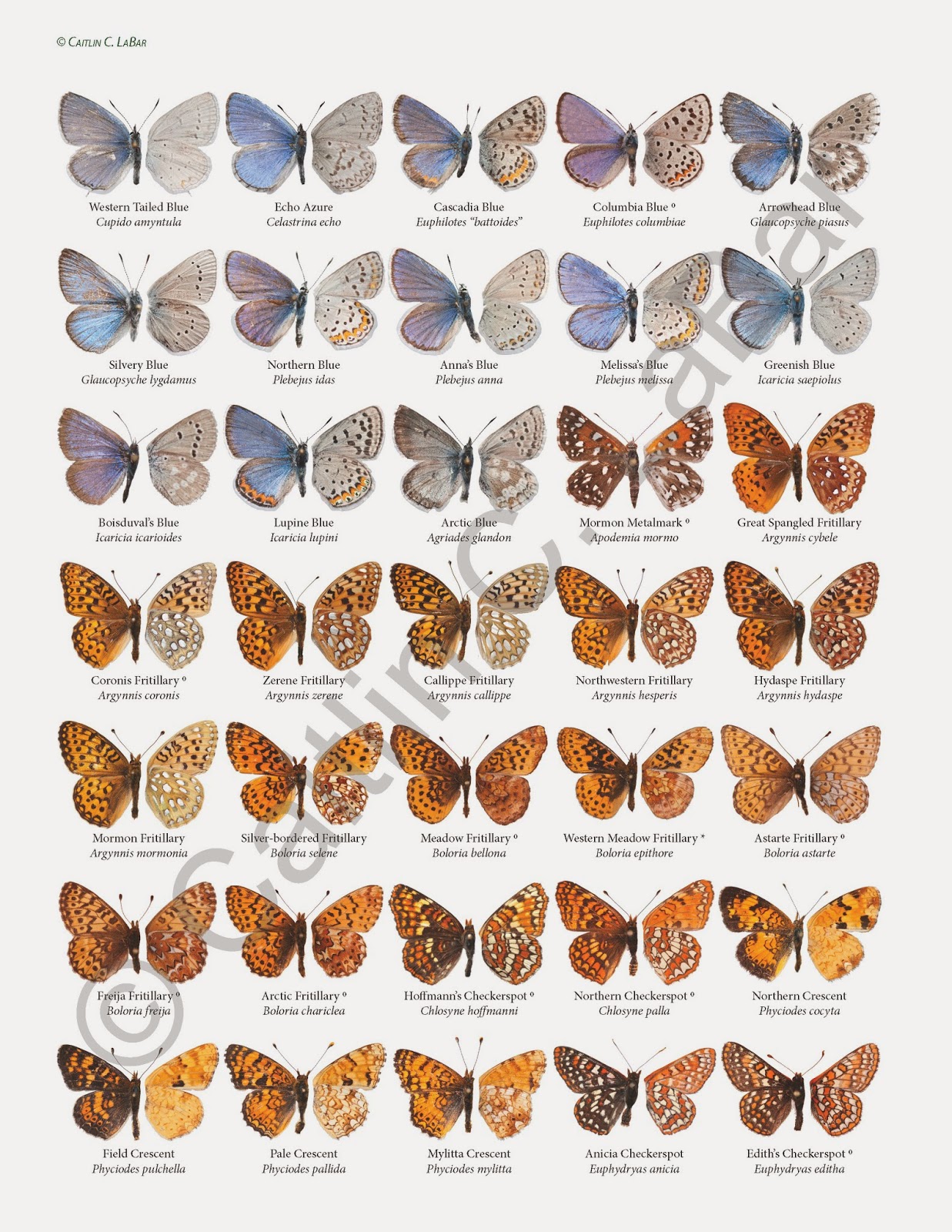 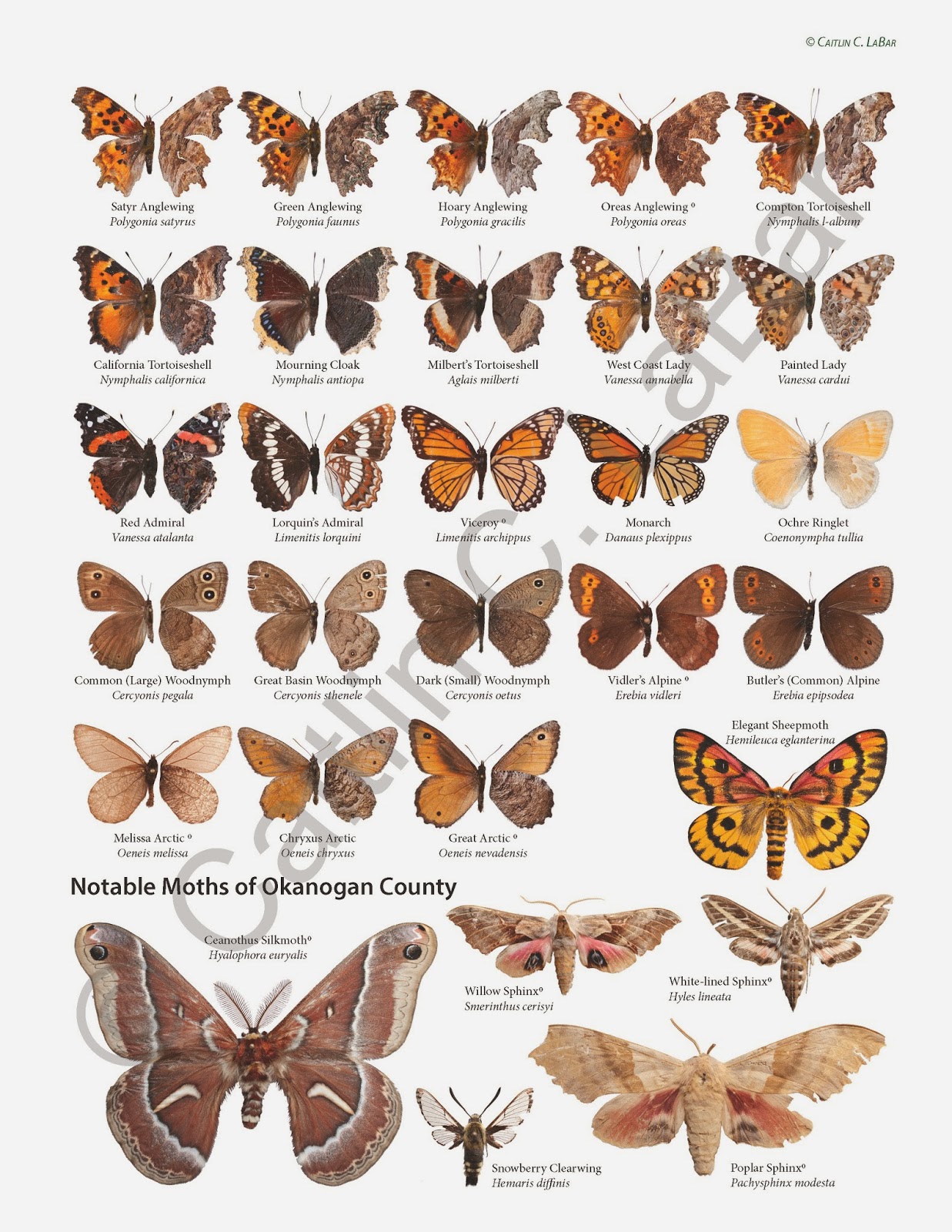 Margined Whites range throughout most of western Washington, with scattered populations in the northeast and southeast corners of the state.  They are one of the first butterflies to appear in the Spring in Western Washington, and are common along forest roads and wooded rural areas.  Margined Whites are often mistaken for their introduced European cousin: the Cabbage White.  On May 1 of this year, I found some Margined White eggs on a native bittercress (likely Cardamine angulata) in the Mosquito Creek area northwest of Longview, WA. I brought three of the eggs home and all three hatched three days later.  Only one of the larvae survived to adulthood, and it emerged yesterday, June 7.  During another trip to Mosquito Creek on May 22, I found a 1st instar larva on the same plants where I found the eggs, and brought it home.  It is in the final (5th) instar right now and should be pupating soon.  I reared both larvae entirely on garden cabbage (young plants I purchased from a garden center).
Margined White (Pieris marginalis)
Description
Wingspan: 38 to 57 mm
Male: white above and below, sometimes with yellowish tint.  Veins usually lined with gray to greenish-gray, especially on VHW.  Spring form has more gray on dorsal wings.
Female: slightly heavier gray markings.
Egg: yellowish white.
Larva: bright green covered with tiny white and dark green speckles and faint stripes.
Pupa: greenish yellow to tan.
Similar Species
Cabbage White (Pieris rapae) almost always has one or two black spots on DFW and black FW apex, and lacks the dark wing veins on the VHW.  Some forms of Margined White lack strongly-marked VHW veins and may have faint black DFW spots similar to Cabbage Whites.  Margined Whites tend to be more common in woodlands and forest edges, while Cabbage Whites are more common in disturbed habitats.
Habitat & Biology
Habitat: woodland edges and clearings, riparian areas and forest road corridors.
Overwintering stage: pupa.
Larval host:  native crucifers, including rockcress (Arabis spp.) and bittercress (Cardamine spp.).
Adult food source:  many flowers, including mustards, dandelions, asters, daisies, cinquefoils, and salmonberry.