With a few reports of anglewings appearing on sunny days around our region lately, I thought it a good time to talk about these rustic beauties. We have four species in the Pacific Northwest: Satyr, Oreas, Hoary, and Green. They are also often referred to as "commas", a reference to the silvery white comma marking on the underside of the otherwise gray or brown hindwing. The lighter orange Satyr Anglwing and darker Green Comma are the most common across our region, with the Hoary Comma not far behind but more restricted to the mountains. The Oreas Anglewing is widespread but very uncommon and often pops up only in ones or twos mixed with the other anglewings. It is one of the few butterfly species I have yet to personally see in the Pacific Northwest! 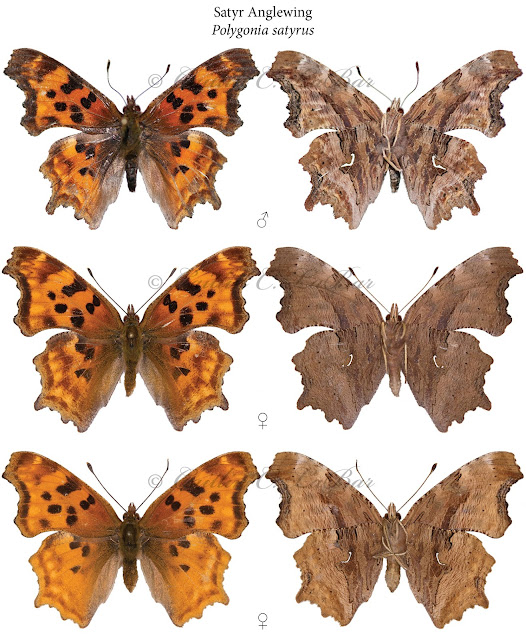 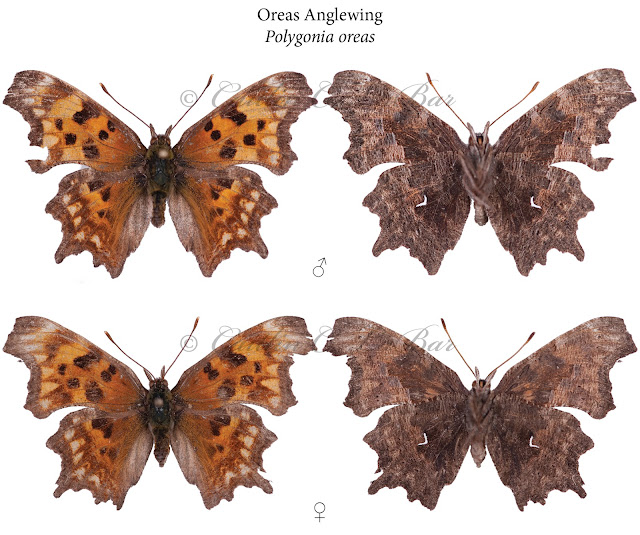 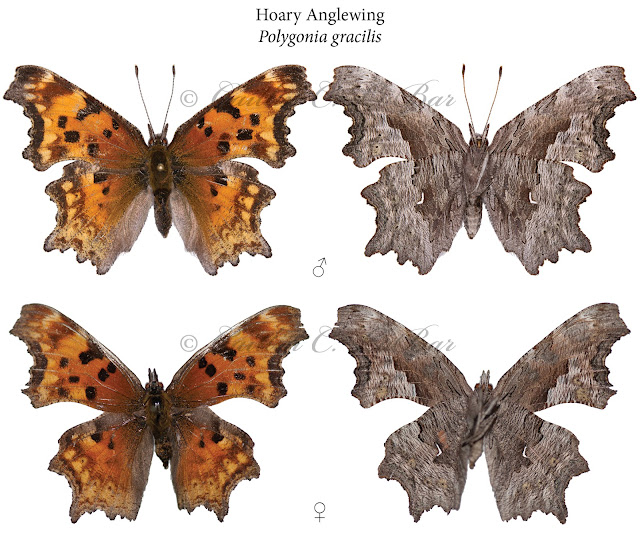 Posted by Caitlin LaBar at 11:40 AM No comments: