There are only two butterfly species native to Hawaii, and at least another 15 species that have been accidentally or intentionally introduced.  I'm thrilled to have seen 12 of those 17 species during my first trip to Hawaii this past week, including both native species.

I photographed all except the Monarch (saw several in various places around the island) and the Large Orange Sulphur (saw several throughout the area around Kealakekua Bay).
At Punalu'u Black Sands Beach Park, there were quite a few people gathered around who probably wondered why I only took a few photos of this:


And then went back to photographing these Long-tailed Blues basking and ovipositing on Purple Bushbean (Macroptilium atropurpureum): 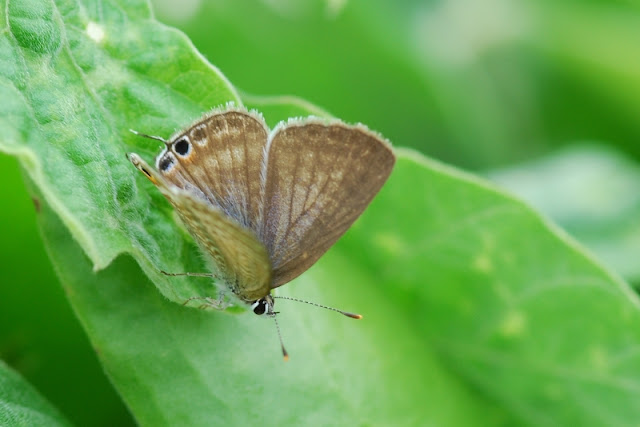 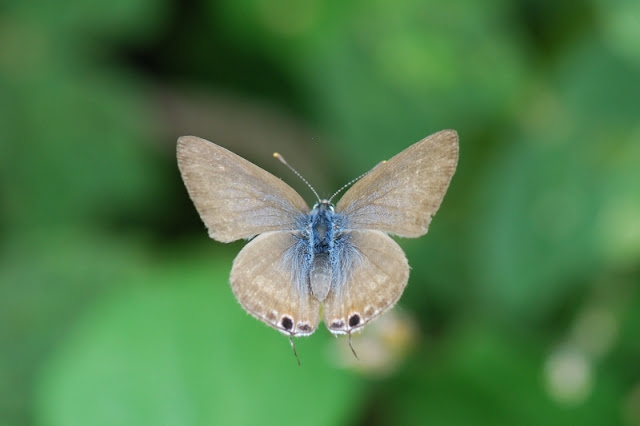 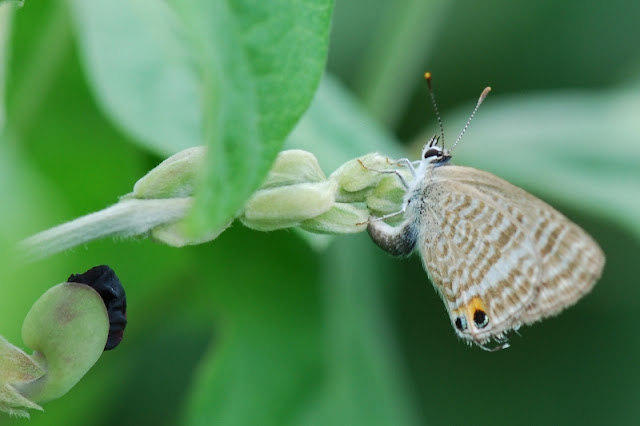 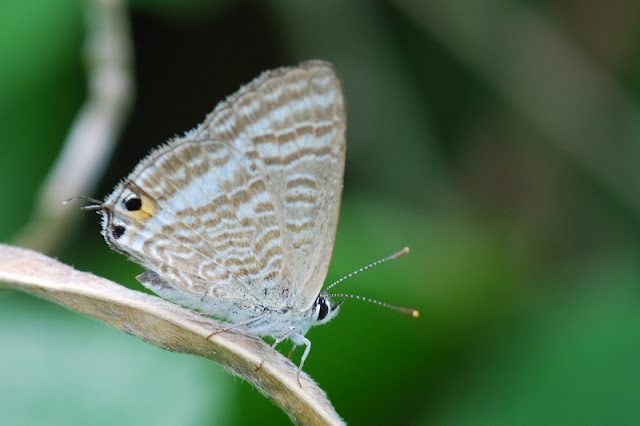 At Honokahau Bay, I found possibly hundreds of Western Pygmy Blues fluttering over what I think is pickleweed.  Most seemed to be ovipositing; I'm not sure if I saw any males.  They were just on the other side (pond side) of a ridge of sand between the bay and Aimakapa Fishpond, where I also saw some Hawaiian Coots, three Black-crowned Night Herons, and a bunch of Cattle Egrets. 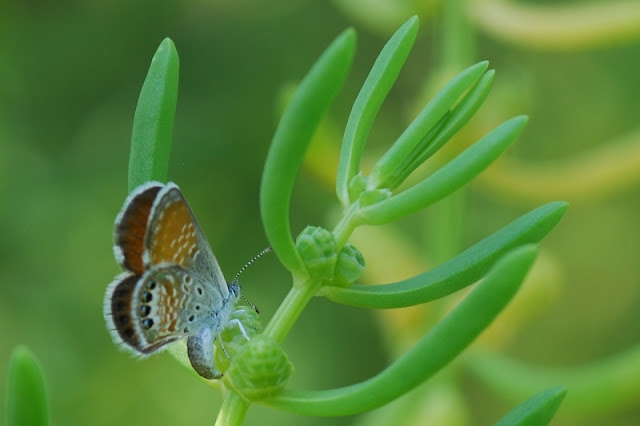 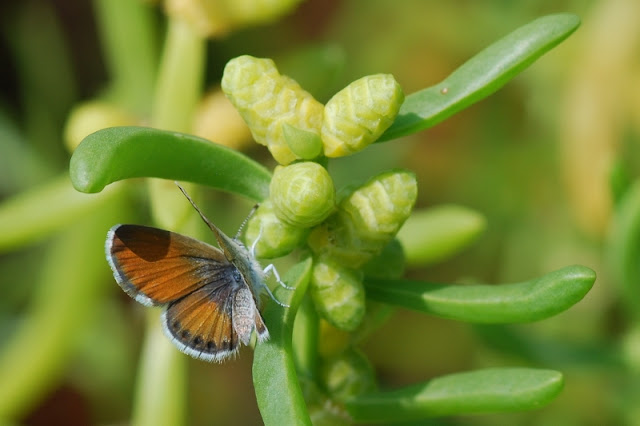 Back at the hotel in Kona, I decided to wander through the parking lot and see if I could find any butterflies on the lantana flowers scattered throughout the lot.  I thought I should find some Fiery Skippers somewhere nearby, since the lawn grass all around the hotel is a common host plant for them.  I had hoped to also see the two butterflies intentionally introduced to control the lantana (a popular garden flower that has become a weed), but no such luck.  Finally, on the very last lantana bush at the far end of the parking lot, I found two female and three male Fiery Skippers. 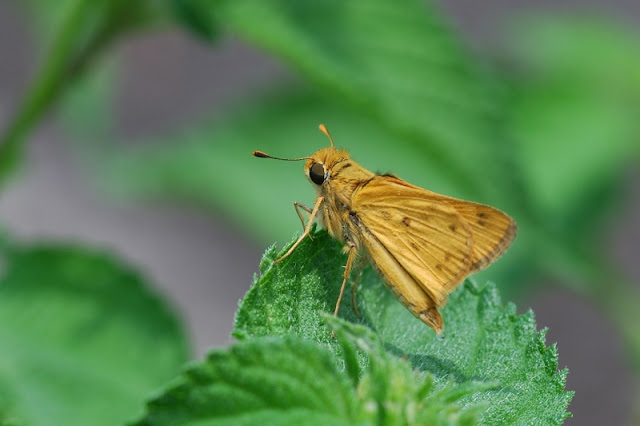 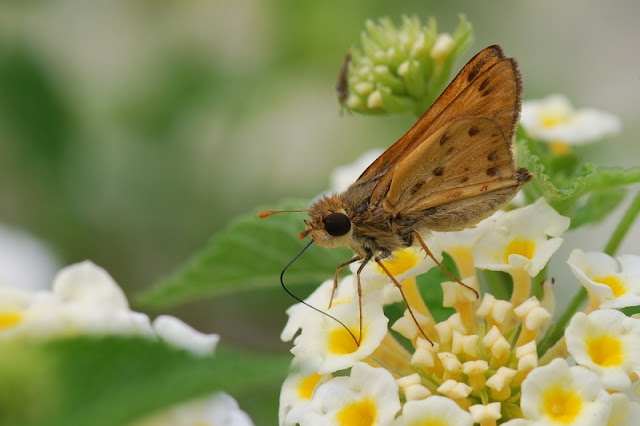 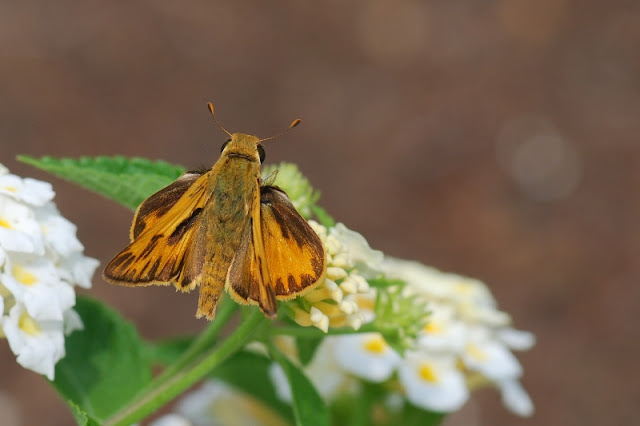 After driving to the Hawaii Volcanoes National Park and viewing Kilauea spewing a sulfur-laden steam plume, we drove a couple miles northwest to the Kipuka Puaulu trail for a 1 mile loop hike through an old forest grove surrounded by younger lava flows (a Kipuka is by definition an island of older vegetation/forests surrounded by more recent lava flows).
Of course I have to also include some photos of lava!