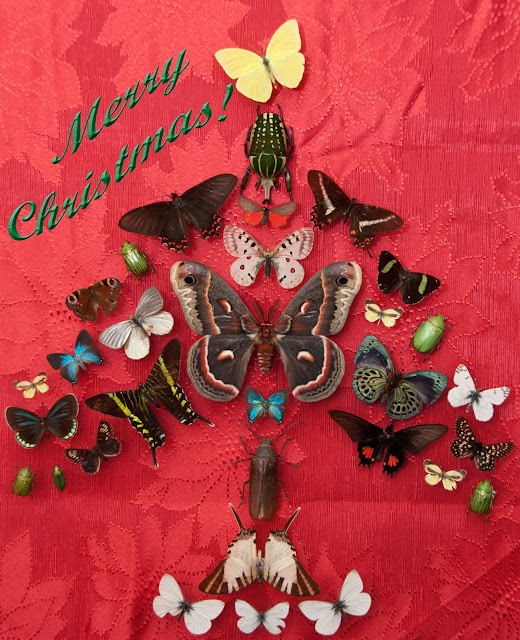 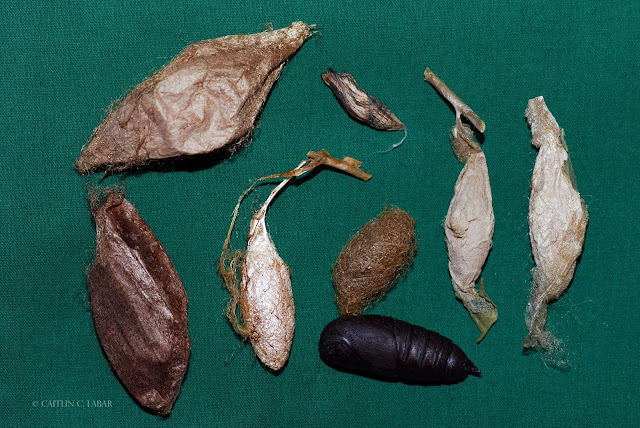 I added a new page (linked here and in the column on the left) with instructions on how to spread and mount butterfly and moth specimens.  I may add a bit more later when I have better photos, but this should do for now.
Posted by Caitlin LaBar at 10:21 PM No comments:

I finally finished some much-needed updates to the "Rearing Lepidoptera" page (linked here and also in the column on the left of the page).  Please check it out!  Over the next few weeks I intend to create individual posts for each species in the list that I have reared, and will link each post with the names on that list.
Posted by Caitlin LaBar at 12:27 PM No comments:

As we near the end of October, most butterflies in the Pacific Northwest have died off or gone into winter diapause, although a few sightings of butterflies visiting late-blooming thistles and rabbitbrush are still being reported in some areas.  Rather than choosing one of those species to discuss today, I decided instead to look ahead to the return of warmer weather and one of the first butterflies to emerge in Spring: the Echo Azure.
Echo Azure (Celastrina echo), a.k.a. Echo Blue or Spring Azure
Description
Wingspan: 3/4 to 1 1/4 inches

Please pardon the sparseness of blog posts lately, it always slows down this time of year because I don't have any field trips to report, and I've also been even busier than usual the past few weeks. A couple weeks ago I made a few changes to the layout of this blog but forgot to point it out. If you haven't noticed, there is now a search box at the top of the column on the left, to make it easier for anyone (myself included!) to find a particular article or all the places I mention a particular species.  I also added a little paragraph, lower down in the left column, with instructions on how to contact me, as I've had several people trying to do that over the past couple months and most weren't sure how. I don't have a public email, and I don't want to encourage spammers, so until I get to the point of creating my own website with an associated email (not anytime soon at my rate!), this method will have to do.  Also notice the page view counter, it used to be at the very bottom of the page but I moved it up and into the left column... I can't believe how quickly it's grown this year! Thanks everyone for visiting my blog, your comments and requests are always welcome!
Posted by Caitlin LaBar at 7:49 PM No comments:

Today I received an email from someone I've been in contact with who is establishing a butterfly garden in Maupin, Oregon, and it inspired me to write this article.  One goal of the garden was to attract Oregon Swallowtails, the official state insect, and to that end they have planted wild tarragon and several wildflowers in the garden.  It was only established this spring, but already they have found one full-grown caterpillar on the tarragon!  Although Oregon Swallowtail larvae are nearly impossible to distinguish from Anise Swallowtail (Papilio zelicaon) larvae, Anise Swallowtails tend to use desert parsley (Lomatium spp.) and other plants in the parsley family, while Oregon Swallowtails are exclusively found on wild tarragon (Artemesia dracunculus).  Also, the black and yellow stripe around each segment of the caterpillar is usually narrower on Oregon and wider on Anise swallowtails.  I have partially reared both species from late-instar larvae, and photos of those and other adults are pictured below.  Two years ago I wrote a profile for the Indra Swallowtail, another similar species, click here to see that article.

Posted by Caitlin LaBar at 5:05 PM No comments:

The area we visited was affected by the Table Mountain Complex Fire last year, a fire that occurred shortly after the Taylor Bridge Fire was winding down.  The Taylor Bridge Fire was human-caused, started August 13, 2012 and burned 23,500 acres.  The Table Mountain fire was started by lightning on September 8, 2012 and burned 42,312 acres.  I wrote two blog articles about the Taylor Bridge Fire last year:
Aftermath of the Taylor Bridge Fire
How does fire affect butterflies
Most of the Reecer Creek/Table Mountain area was closed until this spring because of the high danger of falling snags.  The area is still dangerous because of the vast number of severely burned trees, but most roads are now open.  A few weeks ago, a local horse club spent a weekend cleaning up some of the trails in the Table Mountain and Haney Meadow area.  It will be a few years before the place starts looking back to normal, but I look forward to seeing the changing landscape and what kind of response the butterflies will have in the burn area.  Below are some photos from my Saturday trip.

Posted by Caitlin LaBar at 10:02 PM No comments: 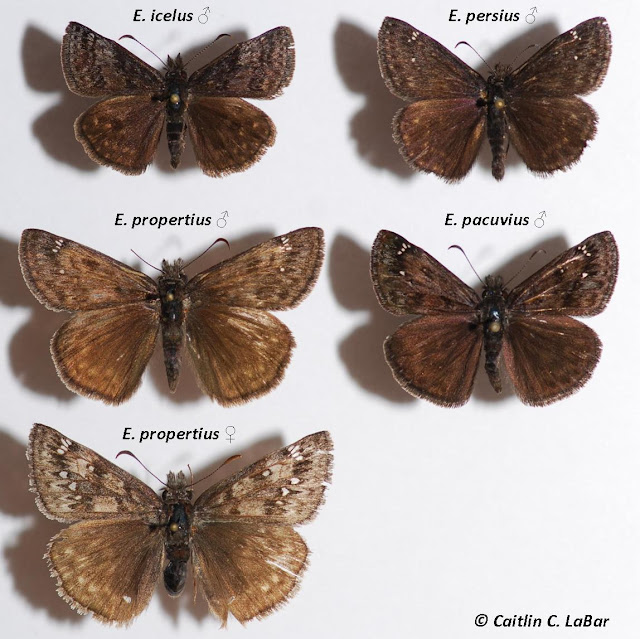 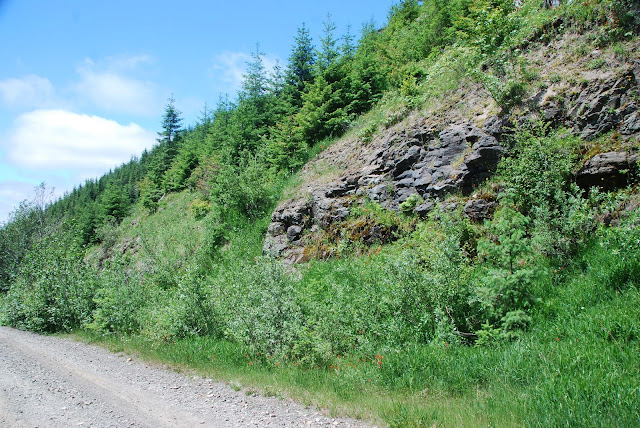 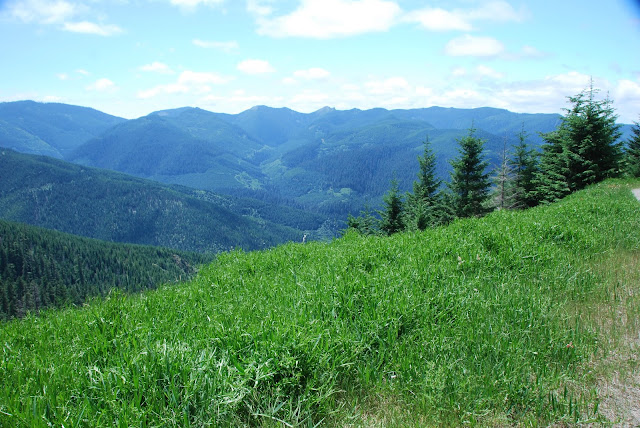 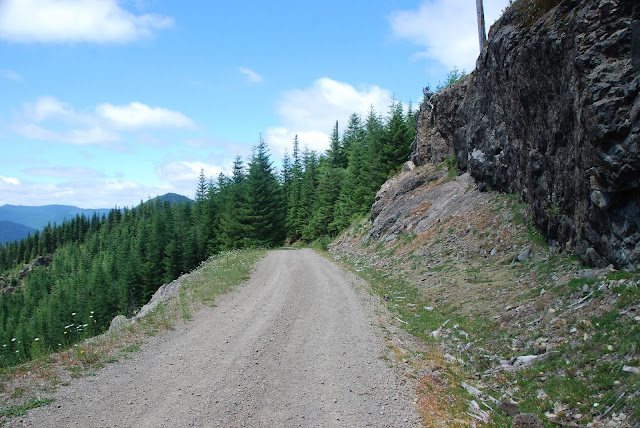 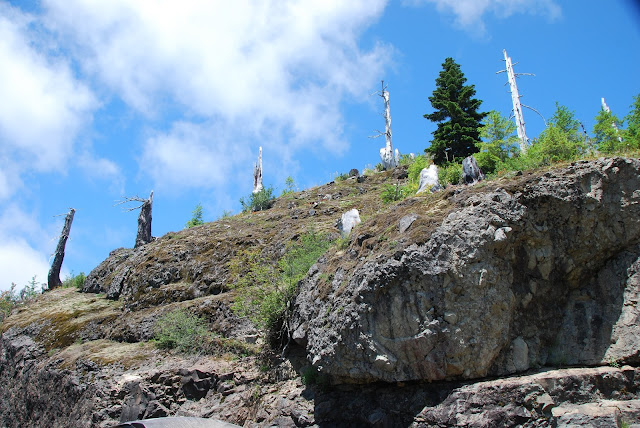