In many of my posts, I use terms and abbreviations without explaining them, so this should cover any confusion you might have had because of that.
Common terms
Dorsal - the upper surface of the wing or body
Ventral - the lower surface/underside of the wing or body
Basal - a general area near the base of the wings
Discal - a general area that usually encompasses the interior half or two-thirds of the wing surface, approximately including the submedian, median, and postmedian areas shown in the photo below.
Discal cell - the large cell (bounded by veins) near the leading edge of the forewing and in the upper-center of the hindwing.
Stigma - patch of scent-producing scales on male butterflies
Common abbreviations
DFW - dorsal forewing
DHW - dorsal hindwing
VFW - ventral forewing
VHW - ventral hindwing
Note: the dividing line between wing regions is somewhat subjective and, depending on the field guide, species descriptions may place the same color bands and markings in one region or another.  For example, in the Mormon Fritillary shown below, some descriptions may shift the bands so that the outer row of silver spots is designated as the submarginal band instead of the marginal band I show it in. 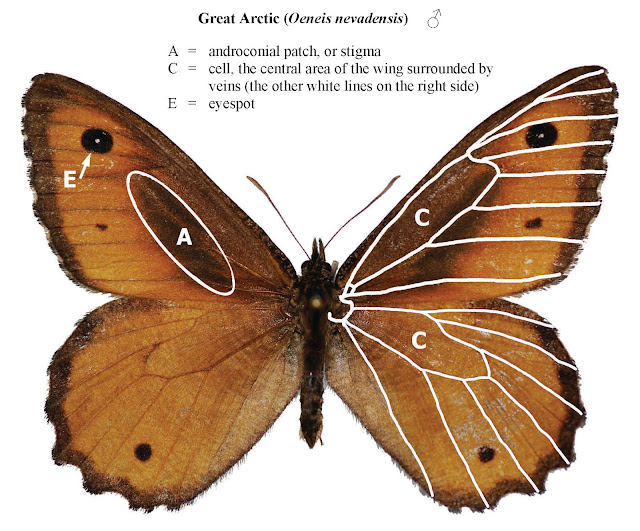 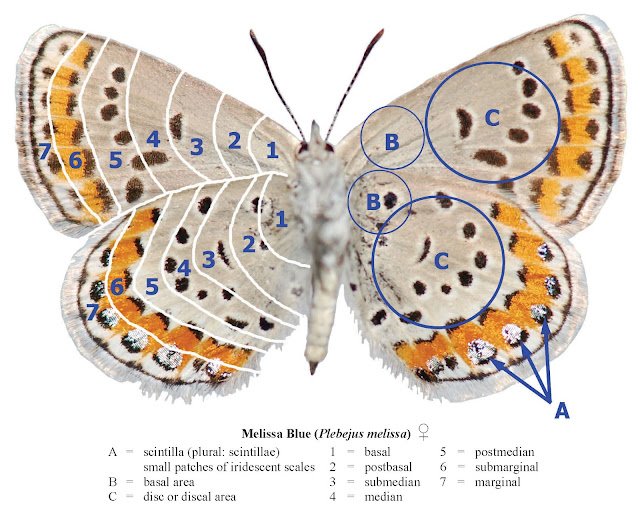 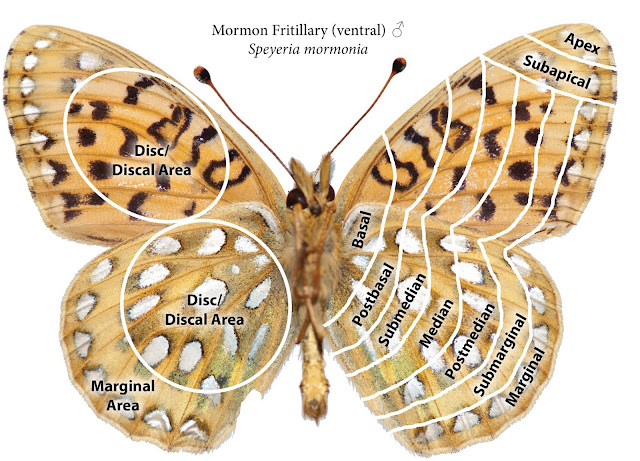 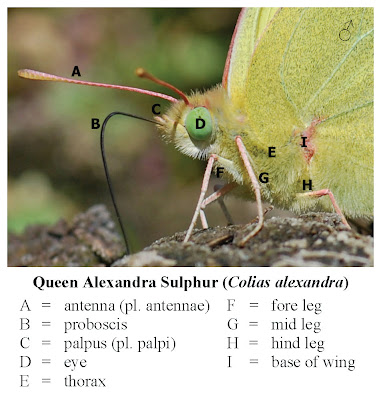 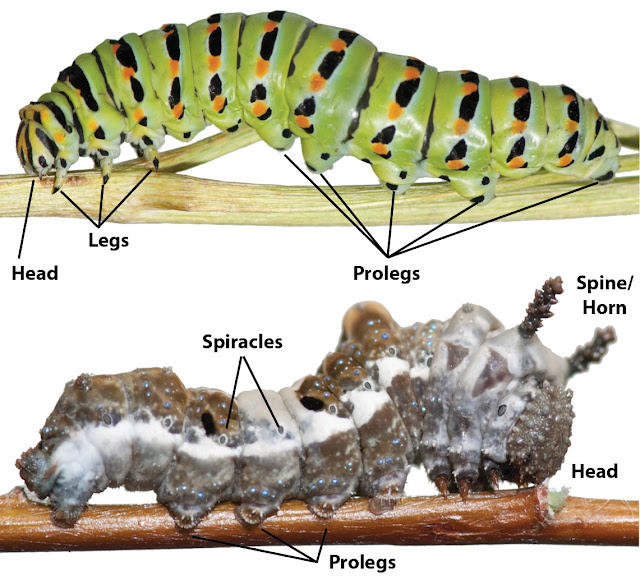 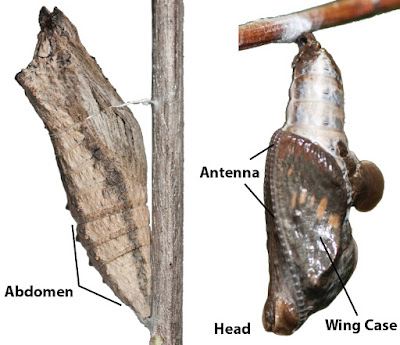